top page
>
Watch
>
Seiko(USED）
USED
SeikoSEIKO
Seiko is a watchmaker founded by Kintaro Hattori in 1881 as a Hattori watch store that sells imported watches. In 1892, Seikosha was established as a production and development department, and full-scale watch production has begun. Seikosha has succeeded in mass producing high-quality watches by developing all parts in-house. Since then, Seikosha has been growing steadily, and in about 10 years since its establishment, it has become known as Japan's best watch factory. After the inspection in Europe and the United States in 1899, the company introduced the latest equipment and established a mass production system, skipped hits such as the first domestically produced "Laurel" wristwatch, and boasted a share of about 60% of domestic watches, representing Japan. We have made great progress as a watch manufacturer. In the 1923 Great Kanto Earthquake, Seikosha's factory was completely destroyed, and production and sales were temporarily stopped. However, in about one year, the system was rebuilt and the meaning of restarting was included, and in 1924 the following year, the trademark “SEIKO” was first used. After World War II, it achieved remarkable development, released mechanical watches of its own design one after another, and was in charge of the official clock at the Tokyo Olympics in 1964. Was built. In 1969, the world's first quartz wristwatch, the Astron, was launched, a revolutionary event in watch history that overturned the concept of wristwatches, which were mainly mechanical. As a watch that convinces not only the exterior but also the contents, it attracts fans all over the world. 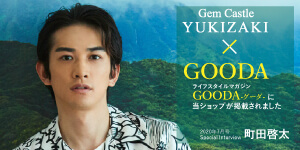