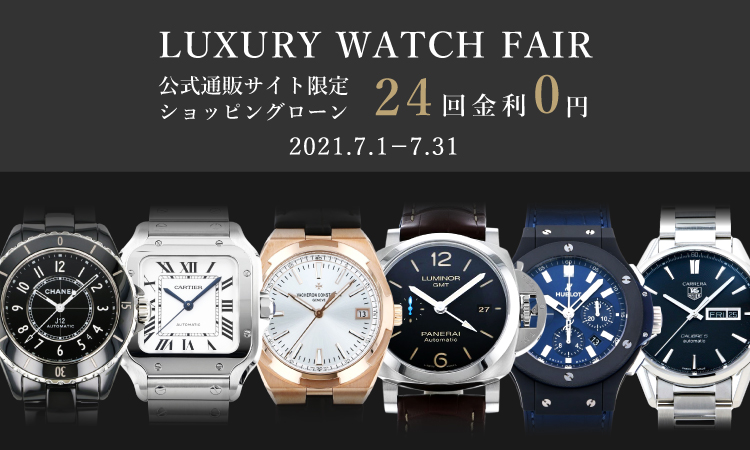 Special campaign only in July Our shop will bear the interest fee of installment payment up to 24 times!

Limited to TAG Heuer, Hublot, Vacheron Constantin, Panerai, Cartier and Chanel watches, you can purchase up to 24 shopping loans, new or used, at no interest rate.
Of course, even when paying 24 or more splits, the monthly payment amount can be reduced compared to the normal interest rate, and you can purchase at a good price.
Why don't you take this great opportunity to get your favorite luxury watch?
* There is a review for using the loan.

Even if you pay 24 times or more, if you buy it now, it will be a great deal!

Founded by Edward Heuer in Switzerland, TAG Heuer celebrates its 160th anniversary in 2020 with the introduction of the sports chronograph, the elegant chronograph.
TAG Heuer has made many achievements, such as being the official timekeeper of the Olympic Games and the first Swiss watchmaker to travel to space, but it has established a solid position especially in motor racing and is an accurate timekeeping device boasting an accuracy of 5 / 10,000 seconds. Realized the production of. 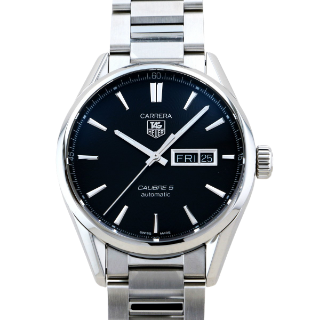 As a practical model equipped with a day-date, it is one of the popular watches that is on par with the simple date "WAR211A.BA0782". In addition to the elegant black and blue dial, the back side allows you to see the beautiful movement from the see-through back.
The Carrera Caliber 5 Day-Date, which combines the practicality of 100m water resistance with both practicality and design, is suitable as the first luxury watch.Product details

Hublot, which advocates the concept of "The Arts of Fusion", is a brand that is not bound by the conventional format, such as developing various unique in-house movements and using the combination of gold and rubber for the first time. It makes a difference.
This spirit extends not only to watchmaking, but also to nature maintenance, music and art, and represents Hublot's stance of constantly taking on innovative challenges. 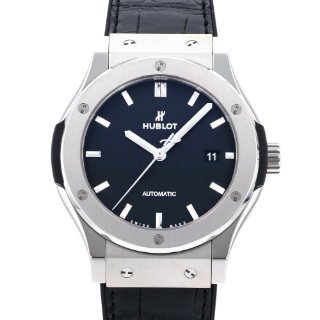 Along with the Big Bang, Hublot's representative model, Classic Fusion. The design, which is thinner and more stylish than the Big Bang, creates a high-class feel and looks great on a suit, so it can be called a calm adult watch.
The model features a simple design with a porthole motif that inherits the original "classic" and a light fit that is lightweight due to the titanium material.Product details

It is a long-established watch maison that boasts a history of 260 years since its establishment in 1755 and is said to be one of the world's three major luxury watch brands along with Patek Philippe and Audemars Piguet.
The trademark "Malta Cross" logo has been adopted from the mark of the Christian Order of the Knights "Malta Knights" and is used for dials and crowns.
Among them, the classic design "Patrimony" and the sports model "Overseas" are gaining popularity. 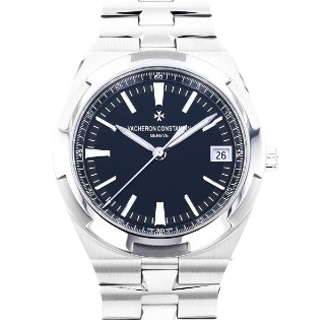 When the full model change was made in 2016, the back cover was given a see-through back. The movement is equipped with the "Caliber 5100", which boasts a power reserve of 60 hours, and is certified by the Geneva Seal, which can only be obtained by highly skilled manufacturers.
You can replace the leather, rubber and breath to your liking without the need for tools.Product details

Originally Panerai was repairing and selling as an Italian watch shop, but the Navy secretly asked Panerai, who had a patent for luminous paint, to make watches for use in dark seabed operations. Was the beginning. From there, watches for consumer use began to be manufactured, and in more than 20 years, it has had many fans around the world.
The model name "Radiomir" is based on radium, and "Luminol" is derived from the name of the tritium-based luminous paint. 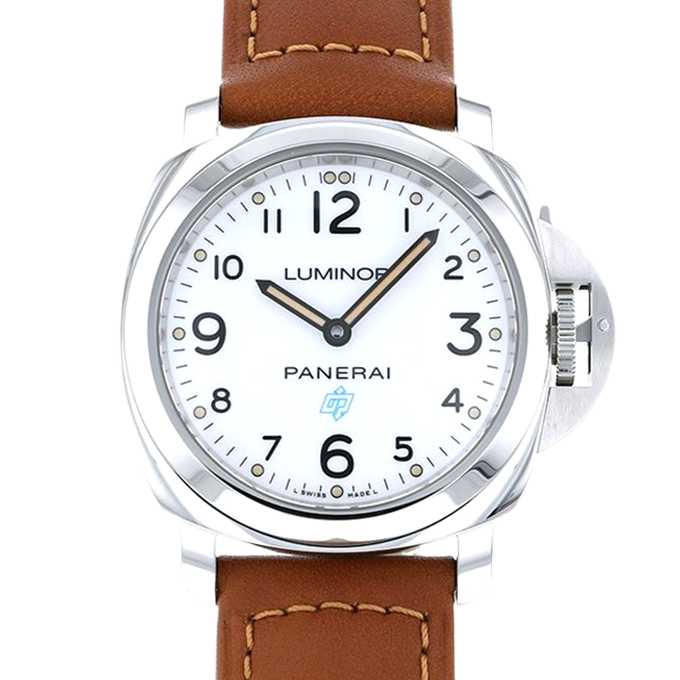 It is a 2018 model equipped with the in-house hand-wound caliber "P.6000" in the Luminor logo series.
The decoration is a simple yet eye-catching design that condenses the traditional elements of Panerai, with only the OP logo used in the "Prevendome" era on the dial.Product details

For the first time, Cartier adopted the art deco style of non-fashionable, linear and modern design, in contrast to the elegant design that was mainstream until then, and its unique style became a purveyor to the royal family of each country.
It has many original and functional beauty such as the world's first men's wristwatch "Santos", "Tank" with a tank motif, and "Baron Blue" with a crown inside the case to express the roundness of the balloon. We are proud of our many collections. 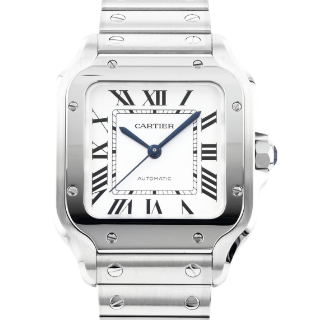 The aviator Santos Dumont asked his friend Louis Cartier to make a watch that could be seen while operating the control stick. At that time, when pocket watches that were used in pockets were the mainstream, invented a square watch that fits on the wrist, and preceded the features of watches that have been passed down to the present day, such as the square dial with Roman numerals and the bezel with screws. It was also a design full of innovation.Product details

Widely used in perfumes, cosmetics, jewelery and watches, Chanel began in a small French hat shop.
Freedom to overturn preconceived ideas in France at the time when luxurious decoration was the mainstream, such as incorporating tweed, which was used as a material for men's clothing, into women's suits and releasing the undecorated "little black dress". The idea brought innovation to the mode world.
The attractive design, which is not bound by common sense, represents Coco Chanel's free and independent image of a woman.

The J12 is famous as Chanel's iconic watch. Ceramic materials, which were unfamiliar to luxury watches until then, were used for the case and bracelet, and following the first black, the appearance of white caused a big boom in the "ceramic" material and "white" color.
With the evolution of the movement, Chanel-like playful colors such as rainbow and bicolor are also attracting attention.Product details